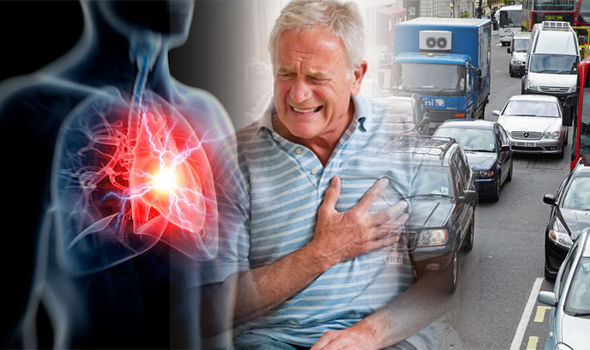 The American Heart Association recently declared that individuals exposed to air pollution and traffic noise are more vulnerable to heart failure. This came about after a research involving approximately 22,000 respondents was published in the Journal of the American Heart Association. The study further indicated that the risk is higher for those who have high blood pressure or used to smoke.

Led by Youn-Hee Lim, PhD of the University of Copenhagen’s Department of Public Health, Section of Environmental Health, the study was carried out among female nurses living in Denmark and aged 43 years and older. It covered a span of 15 to 20 years, with the latest patient data gathered through the end of 2014. Funding was provided by the Danish Council for Independent Research, the Novo Nordisk Foundation Challenge Programme, and the Region Zealand Fund.

Youn-Hee revealed that although air pollution exposure was a more significant contributor of heart failure than road traffic noise, the subjects who were exposed to high levels of both had the highest heart failure risk increase.

Researchers analysed the pollutants and determined how they interacted and what their effects were on heart failure. Here are specific details of what the study revealed:

Prior to this research, several studies – some by the American Heart Association – have indicated a connection between air pollution and cardiovascular disease. Last year, the AHA came out with a statement and guidelines addressing air pollution’s effects or implications amidst the COVID-19 pandemic.

To counter the effects of toxic air exposure, governments are expected to come up with strict measures that seek to control emissions.

Air pollution in the UK

The United Kingdom is one of the countries in Europe that has been implementing a variety of laws and programs addressing air pollution, particularly road transport emissions. While there have been improvements over the years, the problem is still a major one. Environment volunteers and campaigners continue to urge the government to level up in their fight against pollutants.

One of the biggest air pollutants in the UK is the automobile industry. Although the Volkswagen Dieselgate scandal broke in 2015, authorities continue investigating car manufacturers and many have been implicated in the scam since then. Several months after VW had to answer allegations of using defeat devices in their diesel vehicles in the U.S.; Daimler was put in the hot seat with the Mercedes diesel emissions scandal. Like Volkswagen, Mercedes-Benz was accused of installing cheat software in their vehicles so they could control emissions testing.

A defeat device is software that automatically lowers emission levels in the vehicle it’s installed in as soon as an emissions test starts. This results in the vehicle emitting a volume of pollutants that’s well within the legal limits set by the World Health Organization and the UK government.

However, when the device is switched off and it’s driven on the road, in real-world conditions, the car releases nitrogen oxides in amounts that are way over the safe and legal levels. As such, car manufacturers tricked customers into believing that their vehicles were environmentally friendly. In reality, cars with defeat devices make the toxic air even more toxic.

The nitrogen oxides or NOx in vehicle emissions affect the environment and human health. NOx has nitric oxide (NO) and nitrogen dioxide (NO2), which are responsible for the formation of acid rain, smog, and ground-level ozone. NOx also has fine particulate matters or PM2.5, which can easily get into the throat and cause various health issues.

Common health issues that develop due to exposure to NOx include:

Severe cases of NOx exposure can lead to serious health matters like cardiovascular diseases, cancer, and even premature death.

If authorities and the government continue to come up with laws to control NOx emissions, and if car manufacturers use safer engine alternatives and slowly shift to electric vehicles, then an emissions-free UK just might be possible. And health issues caused by toxic air will no longer be a problem.

If you have a Volkswagen or Mercedes-Benz and received a recall notice, please coordinate with your manufacturer. You’ll also find information on their websites. For example, Daimler, Mercedes-Benz’s parent company, has devoted a page on its site for concerns related to the Mercedes diesel scandal.

You should also get in touch with a team of emission compensation claim experts who can help you file a claim against your manufacturer. Work with the experienced experts at Emissions.co.uk if you want professional guidance every step of the way.

The Importance of Pain Management